Kyambura Lodge sits along a ridge adjacent to Kyambura Gorge on the edge of Queen Elizabeth National Park in South West Uganda. In a previous era, the site housed a coffee cooperative and processing facility surrounded by coffee plantations and subsistence farmers. Today the coffee processing facility has been transformed into the public areas for the lodge. Accommodation is provided by four new banda’s (rooms) that have been carefully nestled into the hillside in order to take advantage of a northerly aspect and panoramic views towards the gorge, the park and the mythical Rwenzori Mountains beyond.  Drawing inspiration from the innovation of ‘every day’ Africa, Kyambura Lodge celebrates the abundance, vibrancy and resourcefulness of ‘up-cycled’ design (the re-use of found/discarded objects in a way not originally intended). ‘Up-cycling’ is adopted and articulated across several scales at Kyambura Lodge. Existing buildings and infrastructure have been retained and reused. Standardised plumbing fittings have been adapted for curtain rails and balustrades, rusty iron sheets are used as wall cladding, mortar trays (previously hand beaten from oil barrels) are given a third generation as lamp shades and laced together as a decorative dividing screen.

As a designer and developer of interior concepts and sourcing of art works I approached a local women’s co-operative to work with them using their skills to create objects for the interior and exterior of the lodge including screens, light fittings, artworks and soft furnishings. 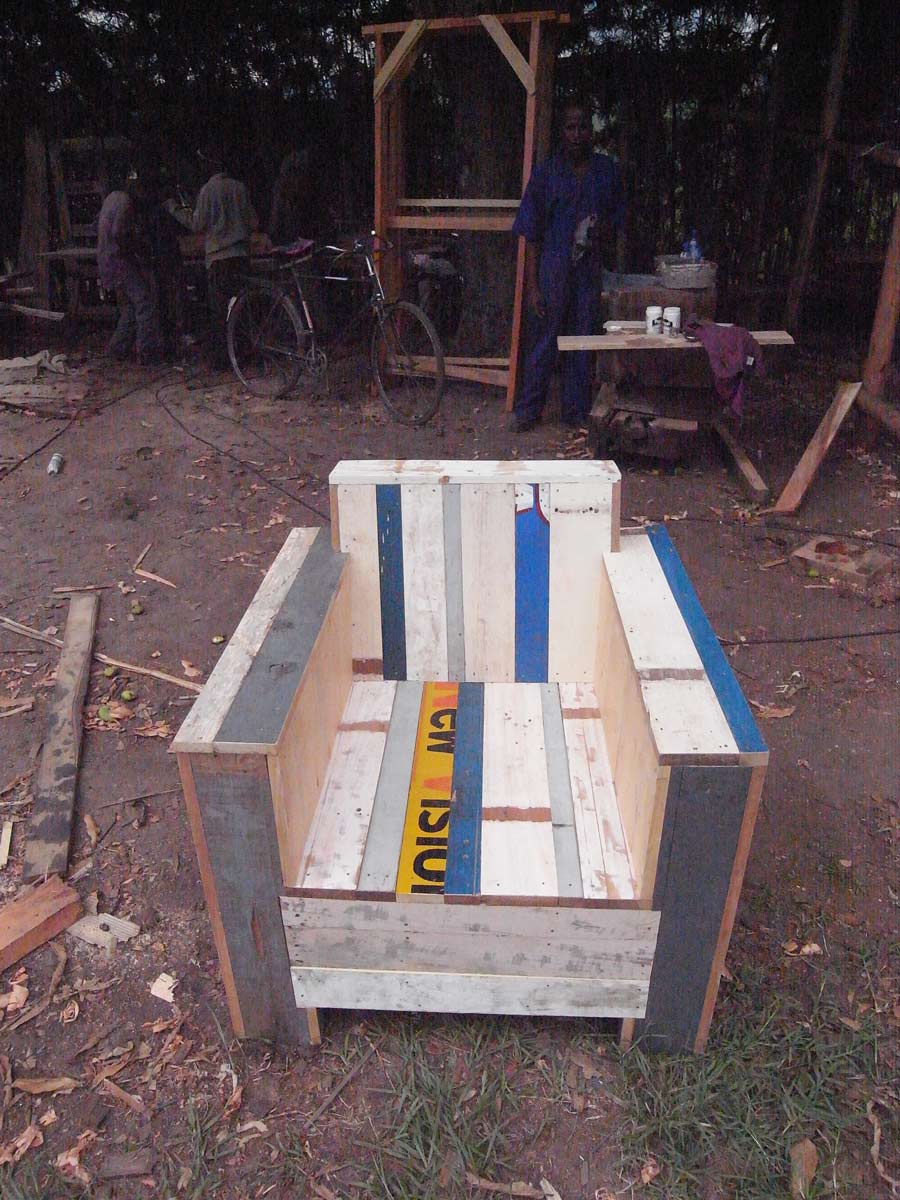 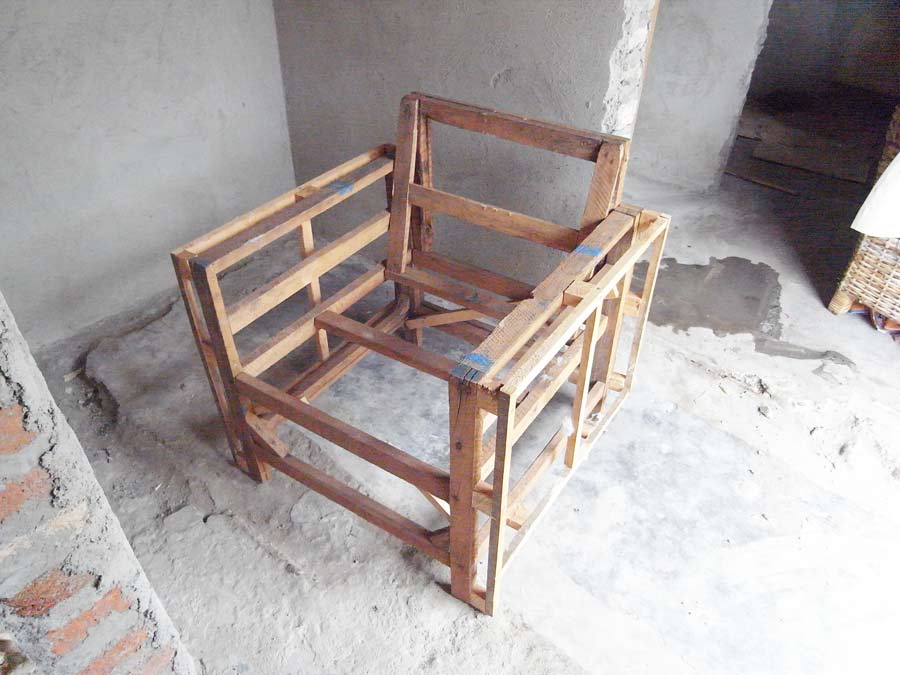