This project was the result of a successful competition entry for Streetware 2012, City of Sydney with the artist Reko Rennie. We approached Reko Rennie with the view to submit a façade treatment for a proposal for this significant but non-descript building in one of the main public spaces of Sydney. My roll included tender submission, design development, documentation and project management.

In this work, Rennie uses geometric diamonds, referencing his associations to North-Western New South Wales and the traditional markings of the Kamilaroi people. This artwork used paint applied with rollers to the 1-5 Flinders Street building, a former Commercial Bank, built in 1910. Across the front of the building façade, neon text states 'Always was, always will be'. As a temporary work in this urban context the meaning is clear – this was Gadigal country and always will be Gadigal.

There were a number of logistical issues raised with this project relating to working on a state listed heritage building at the intersection of three of Sydney’s busiest streets. These were compounded by the protracted time frame (6 weeks from awarding the competition to completion) and small budget. In the end, we delivered a project that has become iconic and much publicised within Sydney and internationally. The project was initially supposed to be up for 3 months but, due to its popularity, has been re-painted and is still up 3 years later. We have been approached by the City of Sydney to incorporate the artwork into a permanent work for the proposed refurbishment of this building. 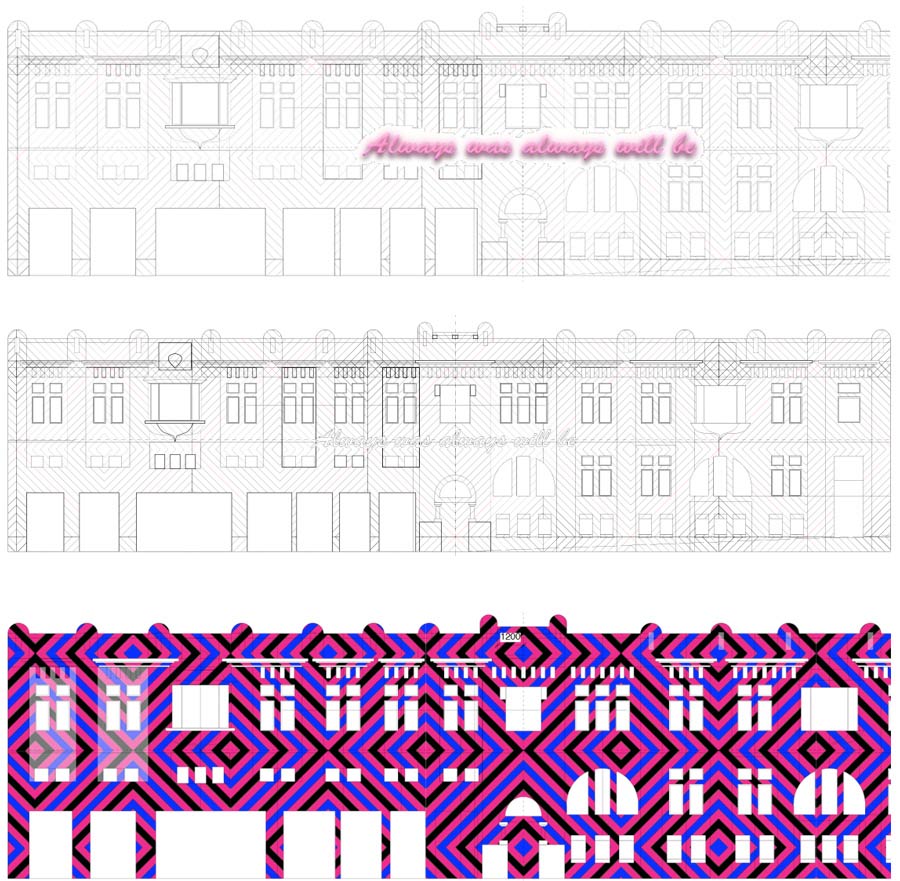